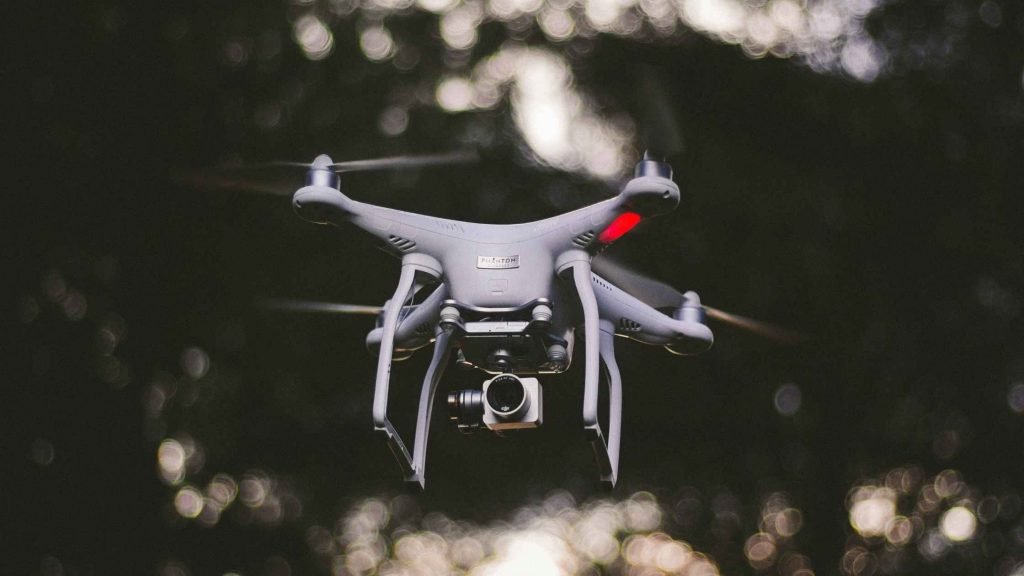 The notion of being able to fly your drone anywhere you want may seem like a lot of fun, but you must realise that you cannot just launch your drone and let it fly wherever and whenever you want it.

When it comes to flying a drone, there are rules and regulations that limit where you can and cannot go. As for where you can’t fly, there are many locations where you CAN fly your drone, and vice versa. So, how do you figure out where you’re allowed to fly a drone in the first place?

FAA( In the US) ( Casa In Australia) regulations on restricted airspace are a good starting point for understanding where you may fly a drone safely and legally. The FAA’s B4UFLY smartphone app may also tell you whether a particular area is off limits for flying. A DJI drone, on the other hand, won’t allow you to fly when in a prohibited location.

It’s difficult to determine which areas are off-limits, particularly if you live near a no-fly zone. Thanks to various techniques, it’s now possible to swiftly determine whether or not you’re allowed to fly your drone in a certain area without violating the law. 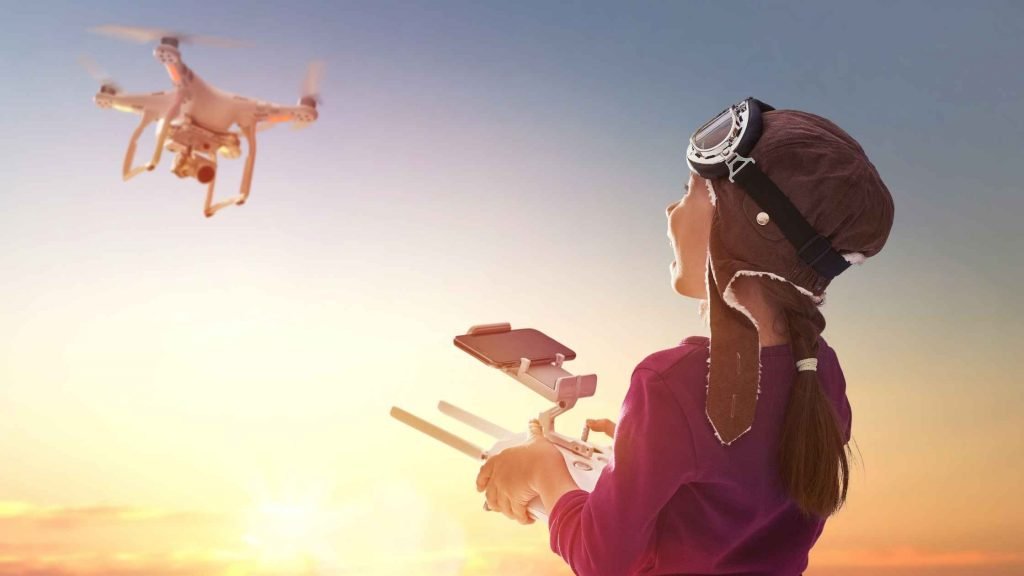 Where ARE YOU PROHIBITED FROM Flying YOUR DRONE in the USA?

One of the FAA’s restrictions on drone flying is that drone pilots are prohibited from flying in specific locations or regions that pose a danger to their safety or the safety of others. So, where precisely are you not permitted to fly your drone?

The FAA has designated the following locations as no-fly zones, which means you will be unable to fly your drone:

The reasons you are not permitted to fly your drones in certain areas have to do with the safety and security of those concerned.

For instance, you cannot fly your drone within five miles of an airport because aircraft must go a specific distance before reaching an altitude beyond which drones cannot fly.

You are not permitted to fly your drone within a 5-mile radius of an airport due to the possibility of it being entangled in the engines of an aircraft.

Another example is a sports stadium. While safety and security are not the primary concern here, the problem is more about the exclusive filming rights associated with such events, since some business partners have spent a lot of money to broadcast these sports events.

Thus, even if it is not a question of safety and security, flying your drone near stadiums and sports events may become an economic issue.

Additionally to the examples above, the following are other situations in which flying your drone is temporarily prohibited in a particular location:

The reason you should avoid flying your drone near or during such events or occurrences is to ensure that emergency responders can perform their duties effectively.

Additionally, there are reaction teams who may be required to utilise their own drones, which should be allowed to fly freely without interference from your drone.

How do you determine where your drone IS PERMITTED to fly?

Looking at the list of circumstances and locations where flying is prohibited may lead you to believe that nearly everywhere is really fair game for flying your drone.

And you would not be far wrong, since there are many locations where flying your drone is both legal and safe.

However, there are a few points to consider. One is that local cities and towns retain the authority to impose their own limits on where drones may be flown, and the FAA compels drone pilots to comply with these local laws as well. Therefore, if you live in New York City, you won’t find many locations where you can fly a drone.

Additionally, bear in mind that you may be unaware of airports or high-security facilities. For example, the United States of America has approximately 5,000 public airports and over 14,700 private airports (source).

This implies that you will be unable to fly your drone inside a 5-mile radius of any of the country’s approximately 20,000 airports.

So, what is the most foolproof method to determine if the region in which you want to fly your drone is permitted? Fortunately, the FAA has made it very simple to comply with the regulation.

Incident: A child in Auckland was recently permanently blinded in one eye after being struck by a drone, which happened not long ago.

Where am I legally allowed to fly my drone in Australia ?

You may fly your drone throughout Australia without notifying anybody as long as you stay inside open airspace and follow CASA’s regulations.

There are, broadly speaking, three kinds of airspace in most countries - uncontrolled, controlled and restricted.

Are there any restrictions on where I may fly in Australia?

For regular flight zones and airport zones, you may download an app that will determine if you are permitted to fly at a certain area. We suggest OpenSky, which was developed by Wing Aviation and CASA, for this purpose. Enter any place and it will inform you of any limitations.

What rules/laws must I observe while flying my drone in Australia?

There are basic regulations you must follow no matter where you fly in Australia to guarantee a safe flight for you, the drone, and the public.

Is it necessary for me to register my drone with CASA?

You are not need to register your drone with CASA at this time if you are flying recreationally and have no intention of earning money from the drone flights.

This will change in the coming years, with all drones weighing more than 250 grammes need to be registered in order to fly.

You must first get your complete drone pilot’s licence. However, if your drone weighs less than 100 grammes, you may fly inside the restricted region.

Controlled airspace is defined as airspace in which aircraft fly under the supervision of air traffic controllers, often via specified air corridors and at specific altitudes. Standard operating procedures apply to all aircraft in this area, however it is completely safe to fly your drone inside it as long as you follow the regulations.

How Do You Know Where You Can Fly a Drone in the US ?

The FAA’s B4UFLY app is the best method to find out where you can fly. This is a highly helpful and easy-to-use software that was created especially for drone pilots in the United States. You may use the app to determine where you can and cannot fly your drone, and you should avoid any prohibited airspace.

The app offers the following functions, according to the FAA website (link):

2. Use The GEO system

If you own a DJI drone, the GEO system integrated into the drone’s software is a fantastic method to determine whether or not you can fly a drone in a certain area. Other businesses may have the same or a similar system, however this system is often associated with DJI drone.

The GEO system automatically feeds map information to your drone through its GPS capabilities, so the drone knows whether or not it can fly in certain area.

This method requires no human input; instead, the drone will intuitively conform to any recognised airspace limitations.

The drone may take off if it is unable to latch on to a GPS signal, but it will automatically land when it does get a GPS signal.

In other words, this technology acts like an invisible fence, preventing your drone from entering a restricted area even though you can’t see the border line.

Instead, the barrier is inside the drone’s own GPS, since the system will inform the drone that it is not permitted to fly into that area. 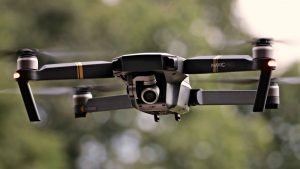 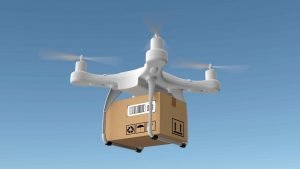 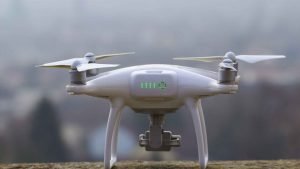 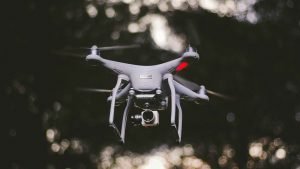 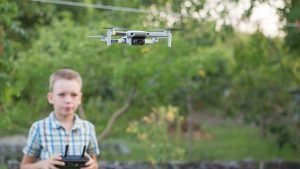 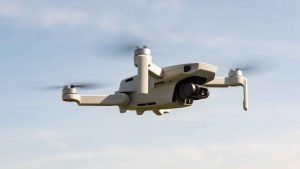